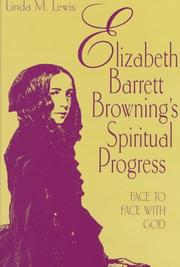 Published 1998 by University of Missouri Press in Columbia .
Written in English